RWBY: The Official Manga From US Anime Series Coming From Viz Media

Viz Media is publishing RWBY: The Official Manga, an official manga adaptation of Rooster Teeth’s popular American CGI anime , this time created by creators in Japan. RWBY (pronounced “Ruby”) began streaming in 2013. It has since garnered a massive global fanbase whose cosplayers can be seen in every major convention across the US. Rooster Teeth holds the RTX convention in Austin, Texas every summer that draws 70,000 attendees.

RWBY: The Official Manga From US Anime Series Coming From Viz Media RWBY: The Official Manga artwork from Viz Media In 2016, the series was licensed to Japanese television and dubbed into Japanese. To date seven seasons of the animated series have aired. The show has won the Streamy Award for 4 years. Each episode gets an average of 7,000,000 viewers across streaming platforms. It has been compared to Avatar: The Last Airbender in its American adoption of anime action and storytelling dynamics.

There was a US comic adaptation recently published by DC Comics, but the fans feel the Japanese manga version is closer to the vision of the show. Viz Media released a press release today:

“From Buta Kinami comes RWBY: The Official Manga based on the international hit anime series from Rooster Teeth and Monty Oum.

Together, they combine their unique strengths to form the ultimate girl group – RWBY.

Training to become Remnant’s greatest monster huntresses is not the only challenge fort eam RWBY as they adjust to a new school, new relationships, and, of course, teenage drama. For Ruby, battling Grimm seems much easier than dealing with Weis Schne!

Originally in Japan and now published in English by VIZ Media, RWBY: The Official Manga welcomes a new era of Western content in a dominant Japanese medium. The establishment of empowered female protagonists are breaking down barriers for female representation in Shonen manga.”

RWBY: The Official Manga is out on July 21st in paperback and ebook. 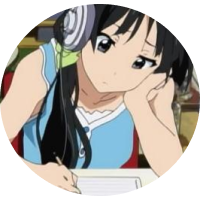