In addition, the anime will adorn the cover of Kadokawa’s Monthly Newtype magazine, which will ship on September 10. Aniplex teases that the magazine will have a feature article that will reveal some behind-the-scenes stories about the anime’s production for the first time.

The official website for the project teases the story:

Hina, who awakened as a god. She foresaw “the end of the world.” She chooses a lone young man. Who, as her companion, Will spend his time with her until the very end A program streamed in July also outlined the story:

One day during Yōta Narukami’s last summer vacation of high school, a girl named Hina suddenly appears and proclaims herself “the All-Knowing God.” Hina announces to the thoroughly confused Yōta, “The world will end in 30 days.” Yōta then witnesses Hina’s god-like powers of prophecy, convincing him that her powers are real. Hina’s naive innocence belies her powers, and she decides to live at Yōta’s home for some reason. Thus begins an eventful summer before the end of the world. A previous video featured the text, “The day she became a god, the world veered toward the end times.”

The other cast members include:

Jun Maeda is credited with the original work and as scriptwriter, and Yoshiyuki Asai (Charlotte, Fate/Apocrypha) is directing the anime. Na-Ga is returning from many other Visual Art’s/Key projects as the original character designer. P.A. Works is animating the series. After listing 2010’s Angel Beats! and 2015’s Charlotte, an earlier promotional video teased, “2020: The hands of time are set in motion again. What comes next, is the origin point for a return trip … […] Jun Maeda returns to his roots.”

Manabu Nii (Hina Logic - from Luck & Logic) is adapting Na-Ga’s original character designs for animation, and also serving as chief animation director. MANYO and Jun Maeda are composing the music. Kurumi Suzuki is directing the art, and Yukiyo Kajiwara is the compositing director of photography. Naomi Nakano is the color key artist, and Haruki Suzuki is the 3D director. Ayumu Takahashi is editing, and Satoki Iida is the sound director.

Maeda first collaborated with P.A. Works to develop the Angel Beats! mixed media project in 2010, and they later collaborated again on the 2015 Charlotte anime. Maeda is well-known for writing the Visual Art’s/Key visual novels Kanon, Air, Clannad, and Little Busters!, all of which received anime adaptations. He also composed the music for the visual novels he has written, and composed themes for both Angel Beats! and Charlotte. He has composed, or otherwise supervised the musical production, for other Key visual novels, such as Kud Wafter and Rewrite.

Maeda is suffering from idiopathic dilated cardiomyopathy (unexplained enlargement and weakening of the heart’s left ventricle). He was hospitalized for five months in 2016. He revealed later that year that his heart condition requires a heart transplant, although he later reassured fans that he still has long to live, and will still write more stories.

Thanks to Kougeru for the news tip. 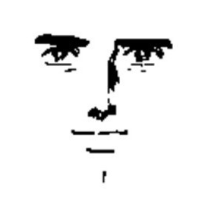