Comics have always been the easiest teaching tools. They use pictures and occasionally words to convey ideas and lessons. Manga has always carried that agenda, whether to teach the broad lesson of bravery, perseverance, and loyalty to friends in Shonen Jump action stories or heavily-researched infodumps on topics from Astrophysics to, well, cooking. Restaurant to Another World is a slice-of-life fantasy series where action and adventure take a backseat to stories about the importance of enjoying a good meal. If anything, this manga shows Japanese people are massively sentimental about food and the sensual Proustian pleasures of eating. Food is home and hearth.

The first volume of the manga, adapted from Inuzaka’s original light novel series, which also spawned an anime series currently available on Crunchyroll, is a series of short stories and vignettes. A tomboy adventurer comes to the restaurant to eat her late swashbuckling grandfather’s favourite dishes to remember him by. A demon urchin girl from a Dickensian world crosses to the restaurant and gets hired as the regular waitress. She becomes the audience surrogate for the rest of the book. An elven healer discovers the restaurant and demands a dish without meat, eggs, or fish in it as if that was a riddle and a puzzle. To most of us, that’s a vegan dish, and this story is used to teach readers about vegan food and recipes. What she gets is a marinated tofu steak, which is, of course, a Japanese-Western hybrid recipe. A dragon goddess takes on human form, occasionally forgetting to wear clothes, to partake in the chef’s specialty cooking.

The stories are light, cute, and sentimental, acting as a Trojan Horse to deliver recipes that the reader could pick up on. The emphasis on the minutiae of the chef as he prepares his dishes are cooking lessons for the readers. There’s also the usual sexy fanservice-y artwork of the female characters to keep male readers interested. This is a fairly typical entry in the foodie manga genre alongside series like Food Wars, which might have better and more creative dishes, now that I think of it, but it’s not a waste of your time, not when you can still get some recipes out of it.

Restaurant to Another World Vol. 1 is now available from Yen Press. 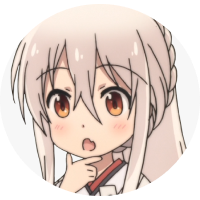