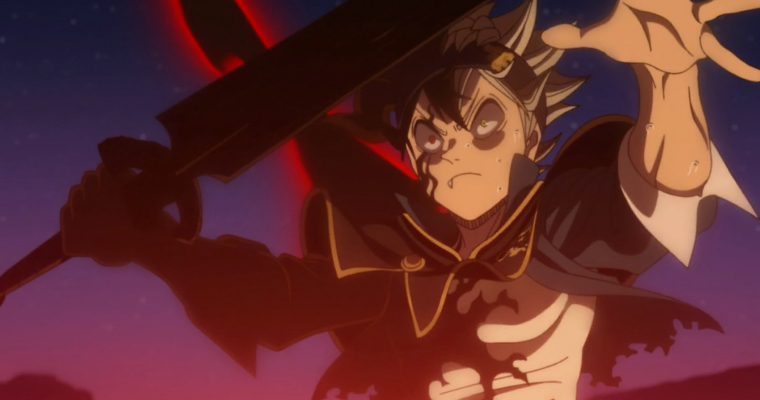 Instead of telling a single story this time around, or focusing on a single character, episode 140 instead consists of two shorter vignettes, whose contents are linked only by the fact that both resulted from requests made by Julius, the kiddified Wizard King. Both vignettes also at least partly deviate from the training mentalities and personal explorations that have dominated recent episodes to deal with some matters left over from the whole affair with the elves.

The first part does involve some training, with Noelle testing herself against Asta, but that quickly gets set aside by the arrival of the surprise guest star: Sally, the dissection-obsessed former Eye of the Midnight Sun member. She and Asta had somewhat come to an understanding at the height of the reincarnation scenario, and Julius is now allowing her supervised release on the condition that she helps develop a magic item to improve Clover Kingdom mages for the upcoming battle against Spade Kingdom. Under tight supervision and restriction, she studies and non-harmfully (for the most part) experiments on the Black Bulls, sometimes with baiting and trickery involved to lure them into cooperating, much to their dismay. That aspect can be a little amusing, but the more significant development is that Asta is swaying Sally towards seeing the merits of research beneficial to all rather than just for research’s sake.

Or, if finely-chiseled male beef is your thing, the highlight could be the two scenes where Asta goes shirtless. If there were ever a poll for Most Ripped shonen action hero, Asta would be a top contender, and that shows even more clearly here than in previous beach/hot springs episodes.

The second vignette is the more serious of the two (relatively speaking) and involves Nozel and Fuegoleon being sent on an uncertain mission together to investigate a remote village Julius is familiar with. Pairing up two Captains – and in particular, two nobles who have no familiarity with commoners – for such a mission seems like an odd choice. Indeed, they do fumble through matters a bit until they use a name that Marcus recognizes as the one Julius uses when posing as an old woman, though they do not make fools of themselves; both are too mature and collected for that.

But Julius, for all his laziness and magic fanboy nature, is nonetheless quite canny. His real reason for sending the duo was to get a report on how recovery efforts are advancing (or not) in the outlying areas of the kingdom, as the intense focus on repairing the capital naturally is going to result in the outlying areas being short-changed or overlooked entirely. They and Marcus also come to understand the reason why these two specifically were sent: to impress upon them that being a noble does not mean that they can just overlook the plight of commoners still suffering. Part of protecting the Clover Kingdom includes helping the commoners ravaged by calamity get back on their feet.

In all, there’s nothing terribly exciting about either vignette, but both are solid bits of storytelling about pushing people to adjust their thinking in more benevolent directions.